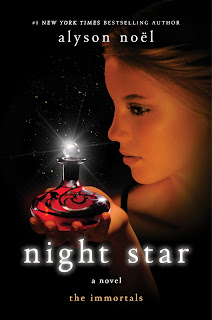 Haven still blames Ever for the death of her boyfriend, Roman, no matter how hard Ever’s tried to convince her it was an accident. Now she’s determined to take Ever down...and destroy Damen and Jude along the way. Her first step is to tear Ever and Damen apart--and she has just the ammunition to do it.

Hidden in one of Ever’s past lives is a terrible secret about Damen--a secret that illuminates new facts about her relationship with Jude, but that’s so dark and brutal it might be enough to drive her and Damen apart once and for all. As Ever faces her greatest fears about the guy she wants to spend eternity with, she’s thrust into a deadly clash with Haven that could destroy them all.

Now it’ll take everything she’s got--and bring out powers she never knew she had--to face down her most formidable enemy. But in order to win, she must first ask herself: Is her own survival worth dooming Haven to an eternity of darkness in the Shadowland? And will learning the truth about Damen’s past hold the key to their future?

I love Alyson Noël’s Immortals series, it’s just an interesting concept and it’s also quite different from all the other paranormal books out there. Night Star, the fifth book in the series, continued to amaze me and now I can’t wait to see how it’s all going to turn out in the final book that comes out next summer. Noël writes an incredible story and creates these characters that feel real despite the fact that there are no such things as immortals...at least there aren’t as far as I know.

When Roman died, Ever lost almost all chances she had of ever finding the antidote that will allow her and Damen to finally be completely together. Now she must do her best to get back the shirt he wore on the night he was killed by Jude. Only Haven is standing in the way of that. She wants nothing more than revenge for what she thinks Ever did to Roman. Prepared to do anything to protect herself from Haven, Ever finds out new truths and comes closer than ever to losing her life. With more and more people knowing their secret, Ever and Damen find themselves facing new problems and new enemies.

I have a sort of love-hate relationship with Ever. At times I absolutely love her and want her to have everything she wants but at other times I just want her to stop and grow a brain or a back bone. To me though, that makes her more realistic despite the whole immortal thing. Despite the weird relationship I have with her, most of the time I tend to like her more than hate her. In spite of all her faults, there’s just something about her that i can’t help but love. Haven on the other hand, I never really particularly took to her, even from the very beginning. She always seemed like she was trying to hard or that it wouldn’t take much to set her off. And obviously that proved true. Once she had only a small amount of power she got greedy and essentially turned over to the dark side.
Damen is a hard character to explain. Every time I think I’ve got him figured out something happens that changes almost everything and I have to figure him out all over again. Sure it gets a little bit tiresome but it also makes him more interesting and keeps me interested. If only he would just tell Ever the whole truth once and for all I would be happy and would just like him that much more. Jude is a bit of a puzzle too. I’m never really sure what to expect from him or even who he is. There are just somethings about him that are mysterious and I never really know what to make of him. Maybe eventually I’ll have him all figured out...hopefully by the end of the last book. As for Miles, he just makes me laugh. Even when he’s dead serious I can’t help but smile. He brings humor to the story and sometimes I feel that without it, the books would be quite heavy.
What I love about this series is that I never know where the story is going to take me. One minute I think I know what’s going to happen and the next something completely different takes place. Even emotionally I never know where it’s going to take me. The story is like a roller coaster ride and I absolutely love it. With Night Star, there is still plenty that I don’t completely understand but I’m sure in will all come together very soon.


I love Alyson Noël and her Immortals series. Every time a new book comes out I get all excited and start reading it as soon as I have my hands on a copy. Once again, Night Star left me wanting more and I can’t wait to see how everything will come together in Everlasting.