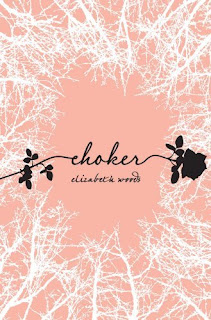 Sixteen-year-old Cara Lange had been a loner ever since she moved away from her best and only friend, Zoe, years ago. She eats lunch with the other girls from the track team and tries to avoid the popular girls who, after an embarrassing incident in the cafeteria, endlessly torture her, calling her Choker. But mostly she spends her time watching Ethan Gray from a distance, wishing he would finally notice her.

Then one day Cara comes home to find Zoe waiting for her. Zoe’s on the run from problems at home, and Cara agrees to help her hide. With her best friend back, Cara’s life changes overnight. Zoe gives her a new look and new confidence, and the next thing she knows, she’s getting invited to parties and flirting with Ethan. Best of all, she can talk about everything with her BFF.

But just as quickly as Cara’s life came together, it starts to unravel. A girl goes missing in her town, and everyone is a suspect--including Ethan. Worse still, Zoe starts behaving strangely, and Cara begins to wonder what exactly her friend does all day while Cara’s at school. You’re supposed to trust your best friend no matter what...but what if she turns into a total stranger?

I didn’t have much to go on except for the summary when I first started reading Choker. It sounded interesting and like something I would enjoy. As it turned out, it was very interesting and I did enjoy reading it but not at all in the ways that I expected. One thing is for sure, this is one book that really played with my mind.

Cara has only ever had one friend, Zoe. But in the fifth grade, her parents moved her to another town where she never really made any new friends. Now in high school, Cara sits with the other girls in the track team at lunch and stays alone the rest of the time. Mostly, she stays away from the popular girls who like nothing more than to tease her, until one day she chokes on a carrot and becomes even more ridiculed. Just when Cara thought things couldn’t get any worse, Zoe shows up in her room and things all of a sudden start looking up. Things may be getting better for Cara, but for the rest of the town tragedy strikes. Not only that, but as the days go by, Zoe starts acting more and more strange, getting to the point where it scares Cara.

There is so much more to Cara than meets the eye. She comes across just as your typical loner but once you scratch the surface you find out that she’s much more than that. A lot of her personality is actually based around her relationship with Zoe. Cara depends a lot on Zoe, and sometimes it was almost like she couldn’t really function without Zoe’s support or opinion. But that, like much else in the book, isn’t what it appears to be. The story focuses a lot on the relationship between the two friends, especially from Cara’s point of view. As much as the reader finds out about Cara, there is very little that is said about Zoe, only what Cara knows about her and her past. The mystery around Zoe is essentially a large part of what moves the story forward. Outside of Zoe, Cara only really cares about Ethan Gray. Cara’s relationship with him is somewhat similar to the one she has with Zoe in the sense that a lot of her actions are motivated by him.

The story itself works in a similar way to Cara. Almost right from the beginning, I thought I knew how things would turn out. In my mind I had the whole thing figured out, I was just curious about how long Cara would take to catch up with me. But as the story moved forward, I started doubting what I had originally thought. To be honest, when I thought I had everything figured out, I thought I would get bored by the story but the complete opposite happened. From the moment I began doubting my original thoughts, I got dragged in to the story, wanting nothing more than to get to the bottom of things. And like I’ve said, things definitely did not turn out the way I expected them to. Woods’s writing was also a large part of what kept me going through the story. She wrote in a way that you only ever got the smallest amount of information possible to understand what is happening which only served to make me more curious.

Overall Choker was a very interesting read. What I thought would just be another run of the mill story about two friends turned out to be so much more. I found myself going through a wide range of emotions, never knowing what to expect. This was a great debut for Elizabeth Woods and I look forward to reading what comes next from this author.