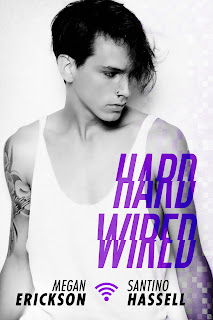 Posted by Emilie at 6:30 AM No comments:

Release Day Blitz - Anything You Can Do by R.S. Grey 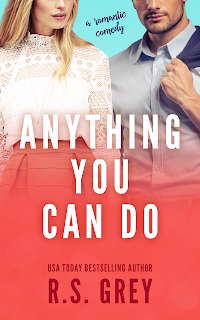 Title: Anything You Can Do

The arrogance boy who was my teenage rival is now a chiseled doctor armed with intimidating good looks. He is Lucas Thatcher 2.0, the new and improved version I’ll be competing with in the workplace instead of the schoolyard.

The days he pushes me up against thew all and presses his lips toxin, I can’t help but wonder if he’s filling me with passion or poison. Every fleeting touch is perfect torture. With every stolen kiss, my walls crumble a little more. After all this time, Lucas knows exactly how to strip me of my defenses, but I’m in no hurry to surrender.

R.S. Grey is one of my absolute go-to's when I'm looking for fun, happy romance. There's just something about her books and I've yet to read one that I haven't liked. So of course it was no different with her latest, Anything You Can Do.

It's not really a secret by now that I will read just about anything R.S. Grey writes. In fact, except for maybe one, I've read all of her books. And that one that I haven't read, I'm planning on rectifying that very soon. I'm always excited when I hear that she has a new book coming out, and it was no different when she announced Anything You Can Do. Also didn't hurt that the story sounded like it was going to be a lot of fun (spoiler alert: it totally was). I basically had a smile on my face the whole time I was reading. And I have to say, the whole time I was reading, the story reminded me of the TV show Hart of Dixie (side note - if you haven't watched it, you should because it's one of my favourites), likely because of the small-town doctor's office setting and the humor injected throughout the story. And the fact that it reminded me of one of my favourite TV shows only made me love Anything You Can Do even more.

Like with all of R.S. Grey's books, her characters are what really do it for me. I love the people she writes about and the relationships they develop over the course of the books. In this case, I loved Daisy and Lucas. I mean, the lengths Daisy goes to to try to convince herself that all she feels for Lucas is hatred had me laughing on more than one occasion. It was obvious to everyone but herself that she was in love with him which, at times, is what made the situation that much funnier. And Lucas. Well, I want to say that I could tell right from the start that he was going along with this war he and Daisy had going on because that was the only way he could have her, but I would be lying. For a while there, I thought they were both in it for the fight. But once I clued in, it was pretty obvious what was going on and I kept hoping that he would finally say something. Or that Daisy would finally clue in to what was majorly obvious to everyone else. Either one.

Anything You Can Do was another great romantic comedy from R.S. Grey. There's a reason she's one of my absolute go-to's for romance and this latest book only served to reinforce the fact that I will continue buying and reading all of her books. 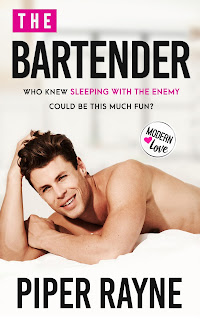