Today I have the pleasure of taking part in the cover reveal for Dawn Ius's upcoming Anne & Henry. I know I'm really excited about this book, and hopefully you will be too after finding out more! 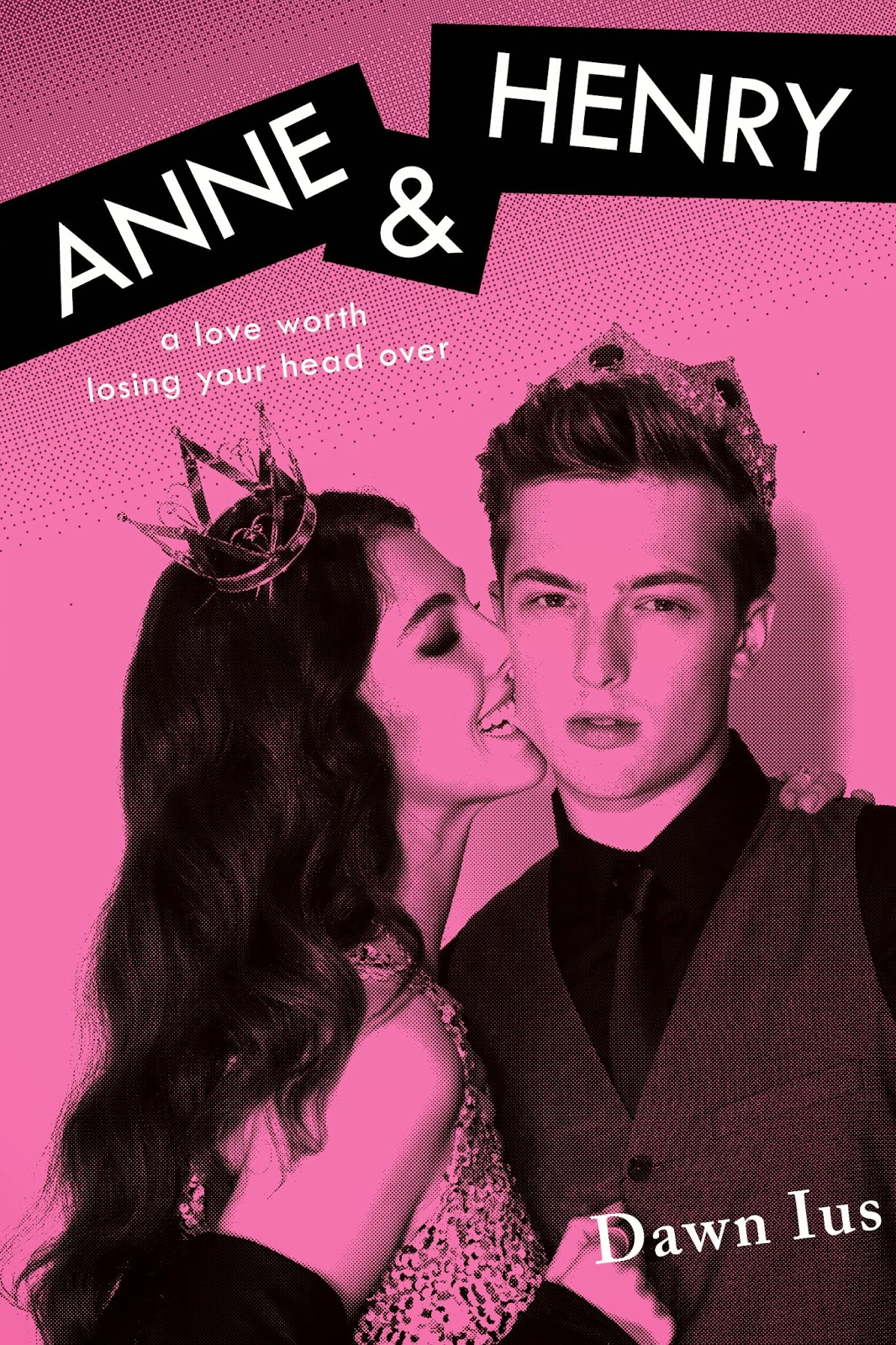 A love worth losing your head over

HENRY TUDOR’S LIFE HAS BEEN mapped out since the day he was born: student president, valedictorian, Harvard Law School, and a stunning political career just like his father’s.

But ever since the death of Henry’s brother—perfect, high-achieving Arthur—his family has been twice as demanding. And now Henry’s trapped: forbidden from pursuing alive as an artist or dating any girl who’s not Tudor-approved.

Then Anne Boleyn crashes into his life.

Anne is wild, brash, and outspoken. She is everything Henry is not allowed to be—or to want. But soon Anne is all he can think about. His mother, his friends, and even his girlfriend warn him away, yet his desire for Anne consumes him. Henry is willing to do anything to be with her. But once he has her, their romance could destroy them both.

Inspired by the true story of Anne Boleyn and King Henry VIII, ANNE & HENRY reimagines the intensity, love and betrayal between one of the most infamous couples of all time.

DAWN IUS is a shorty-story author, novelist, screenwriter, professional editor, and communications specialist. She is an active member of the International Thriller Writers association, co-founder and senior editor of Wine Leaves Literary Journal, and the author of nine educational graphic novels published by the Alberta Canola Producers Commission. When she’s not slaying fictional monsters, she’s geeing out over fairy tales, Jack Bauer, Halloween, sports cars, and all things that go bump in the night. Dawn lives in Alberta, Canada, with her husband, Jeff, and their giant English Mastiff, Roarke.

Does this sound like something you would be interested in reading? If it does, be sure to enter the giveaway below for your chance to win an advance copy of the book. ARCs won't be ready until at least January, though, so it may take some time for your prize to make its way to you. USA ONLY.