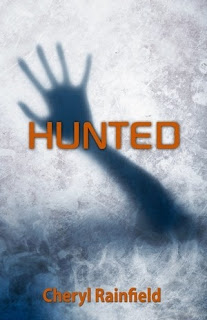 Caitlyn, 15, a Paranormal, is on the run with her mom, trying to stay one step ahead of the ParaTroopers who would enslave her just like anyone who has powerful psychic abilities. Attempting to have somewhat of a normal life, Caitlyn and her mom hide in plain sight, living in a seedy hotel in a big city, where Caitlyn hopes to blend in by enrolling at the local high school. She secretly fights back against government oppression by blogging about equal rights for all Paras, protecting herself by signing them Teen Para. When she discovers her long ago kidnapped brother Daniel at school, she's elated, but is saddened to find he's controlled by the government ParaTroopers as a Para-slave. As Para Cleansing Day nears, increasing numbers of Paras are turned in to the authorities and things grow tenser and more dangerous, especially at school. When a group robs a bank and threatens Normals, the shadow of guilt is cast on Teen Para. A killer, the Para Reaper, secretly goes hunting for Paras to drain the life out of them. Despite everything, Caitlyn befriends a Normal girl, Rachel, who is a Para sympathizer, and falls for a cute classmate, Alex, also a Normal, who always makes her feel so good whenever he's around. But it's not safe for Paras to date Normals, and it would put Caitlyn in grave danger of being discovered. When ParaTroopers crack down at school after several Paras are discovered, Caitlyn finds herself under increasing scrutiny. Fearing for Caitlyn, her mom is anxious to pack up and bolt, but Caitlyn s growing attachments make her reluctant to leave. Will she evade capture, or will she be caught and turned into a Para Slave? And just who is trying to frame her? A tautly written, suspenseful thrill ride, Hunted will keep readers on the edge of their seats.

When I was first approached to review Hunted by author Cheryl Rainfield, I hadn't actually heard a single thing about the book. But the summary made it sound really interesting. And after a bit of a slow start I found myself having difficulty putting it down and really enjoying the story.

Caitlyn and her mom have been on the run pretty much her whole life. Both of them are paranormals trying to escape the government and the ParaTroopers who believe paranormals are a threat. But it wasn't always that way for Caitlyn and her mom. There was a time when they were a family living a relatively normal life. That is until the day her dad was killed by the government and her brother, Daniel, was kidnapped by a woman in the crowd. Now in a new town and at a new school, things seem to be changing in Caitlyn's life. She makes new friends and even starts to fall for Alex, a normal boy. But one day Caitlyn comes face to face with Daniel. Except he's not the same Daniel that Caitlyn remembers. And the threatens everything that Caitlyn believes in.

I hadn't really heard all that much about Cheryl Rainfield or her books until she approached me to review Hunted. I decided to give it a shot and didn't go in with too many expectations. And I came out on the other side having really loved the story. Though I'll admit that at first I thought the story was a little slow to start. I even worried that it wouldn't pick up. But when the story did get moving I found myself getting hooked. Soon enough I had trouble putting the book down, and I wanted nothing more than to find out what would happen next. And from the way it ended I'm hoping there might just be a sequel.


The concept of paranormals simply as people who have different abilities. I especially liked that everyone's power was different and it wasn't necessarily obvious that they had a psychic ability. As for the actual characters in the story, I really liked Caitlyn. You could tell that she didn't exactly have an easy life and I wanted nothing more than for things to work out for her. And every time things seemed to be turning around something bad happened in her life. All this to say that I was rooting for Caitlyn the whole way through. The other characters provided an interesting mix of personalities. Rachel and Alex were definitely great friends to Caitlyn. You couldn't have asked for more loyal people considering the circumstances. And Daniel almost seemed like he had a split personality at times. Either that, or he was a really good actor. But that still doesn't mean I liked him very much.

Hunted was a surprising read. I enjoyed it a lot more than I originally thought I would. If the opportunity arrises, I definitely recommend that you pick it up and give it a chance, it might just surprise you.