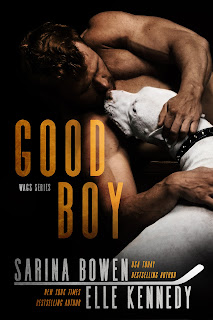 Hosting her brother’s wedding for an MVP guest list is the challenge of Jess Canning’s life. Already the family screw-up, she can’t afford to fail. And nobody (nobody!) can learn of the colossal mistake she made with the best man during a weak moment last spring. It was wrong, and there will not e a repeat. Absolutely not. Even if he is the sexiest thing on two legs.

Blake Riley sees the wedding as fate’s gift to him. Jess is the maid of honor and he’s the best man? Let the games begin. So what if he’s facing a little (fine, a lot) of resistance? He just needs to convince the stubborn blonde that he’s really a good boy with a bad rap. Luckily, every professional hockey player knows that you’ve got to make an effort if you want to score.

But Jess has more pressing issues to deal with than sexy-times with a giant man-child. Such as: Will the ceremony start on time, even though someone go grandma drunk? Does glitter ever belong at a wedding? And is it wrong to murder the best man?

Caution: May cause accidental aspiration of tea or coffee. Do not read in a public place where loud laughter is inappropriate. Contains hot but hilarious hockey players, puppy cuddling and a snarky pear of underwear.

Sarina Bowen and Elle Kennedy are easily some of my favourite authors, especially when they join forces. I've loved their past collaborations, and after reading Good Boy I've established I'll read just about anything that has both their names on it.

If you know me, then it's not a secret that I love both Sarina Bowen's and Elle Kennedy's books. In fact they're some of my absolute favourites when it comes to New Adult and romance. It's also not a secret that I absolutely LOVE their collaborations. Him and Us are some of my all-time favourite books. When they announced that there would be more stories set in that world, I was absolutely ecstatic. Especially when I learned who the first book in this new series was going to be about. I mean, right when I finished Us I said that a book about Blake and Jess would make for one hell of a story and it turns out I was totally right. I LOVED Good Boy. Once I started reading, I just refused to put it down because I was that into the story (much to the dismay of the family members I was supposed to be spending time with, what with it being the holidays and all. But Blake and Jess took priority). I just got sucked into their story, into their slightly over-the-top antics that had me laughing out loud (and getting weird looks from my grandparents) while reading. It's pretty much impossible to read this book and not smile at the very least.

Good Boy was a fantastic story on its own, but what made it truly a stand out for me was Blake and Jess. Both are characters that stole the show when they made appearances in both Him and Us, and getting to read a book all about them made me love them even more. In a way, Jess and Blake are two people you wouldn't quite think fit together but somehow they make it work and make you root for them. Reading, I quickly realized that there was a whole lot more to both of them than their goofiness. In fact, it felt like they often used to goofiness as a front to hide some of the bigger stuff going on in their lives. When they stopped hiding behind that goofiness is when some of my favourite parts of the story happened--those small, more serious moments are what really made me care about Jess and Blake and made me want to see them be happy and get what they wanted. It's what made me go from loving amusing characters to really caring about the two people whose story I was reading.

The synopsis isn't lying, don't read this book when it says this book shouldn't be read in a public place where loud laughter is frowned upon. Seriously, I dare you to read this book and not burst out laughing at least once. It's pretty much impossible. But Good Boy isn't just about the laughs. It's those small, sweet moments that, when combined with the humour, make this story a fantastic read.

Posted by Emilie at 5:00 AM No comments: 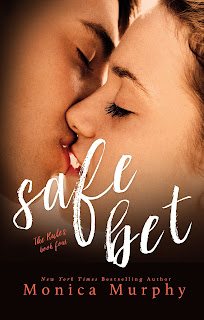 Sydney Walker’s new job is perfect. As the live-in nanny to the most famous quarterback in the NFL and his beautiful wife, she couldn’t have it any better. Their kids are adorable. Her bosses are more than generous. Plus, there are hot football players at the house all the time. Life can’t get much better than this.

Until her life turns into an absolute nightmare .The media is abuzz with rumors that she and her boss Drew Callahan are having a torrid affair. Everyone knows the truth—except the public. So Drew’s wife Fable comes up with the perfect idea.

She creates a fake relationship between Sydney and one of the rookie players on Drew’s team. Wade Knox is forever indebted to Drew and Fable and readily agrees to the set up. Pretending to be in a romantic relationship with the hot nanny for a week—how hard can it be?

(This mash-up new adult romance features characters from both the One Week Girlfriend series and The Rules series.)

Unlike some, I didn't start reading Monica Murphy's books until her Rules series was partially underway. I'd seen her name floating around, but had never picked up any of her books. But once I started on that series I was hooked. So much so that I decided to go back and read some of her older books while I was waiting for the third book in the series to release. That's how I started reading the One Week Girlfriend series. And I got just as hooked on that series as I did on The Rules. So those two series coming together in Safe Bet? I was all over that.

And guys? Safe Bet was awesome. It was the first book I read in 2017 and it was an absolutely fantastic way to kick off the year. This story was just good old fashioned fun with zero angst. Don't get me wrong, I love my angsty characters and my angsty stories, but sometimes it's just nice to read a story where everything works out and everyone comes out happy with no new scars, physical or otherwise. I loved reading Sydney and Wade's story and the way it threw back to threw back to One Week Girlfriend, what with the fake relationship that turns into something real. I mean, that trope is a fun one for a reason and personally I love seeing two people realize that what they thought was just pretend is actually a whole lot more real than they think it is. Obviously I knew right from the start that Sydney and Wade would end up in a real relationship (it's a romance, so duh), but that didn't stop me from really loving getting to watch it all happen.

The other part of this story I loved? Getting a lot of Drew and Fable again. I loved getting to read their original stories in One Week Girlfriend and Second Chance Boyfriend, and then getting glimpses of them again in Four Years Later (which I finally read right before reading Safe Bet). It was awesome to see that they were still together and that they were still the same people, just grown up. And it was also awesome to get to see some of the other characters from both the One Week Girlfriend series and the Rules series. And I loved that because I'm that person who always wants to check in on characters, just to make sure that they're still happy and together and okay. I'm just curious like that (or nosy, I guess, depending on how you look at it).

If you've read either Monica Murphy's One Week Girlfriend series or her Rules series (or both!) then you'll want to check out Safe Bet, It's a fun story that lets you peak in on characters you love all while giving you a new angst-free romance that's sure to make you feel all warm and fuzzy.

Cover Reveal - Anything You Can Do by R.S. Grey 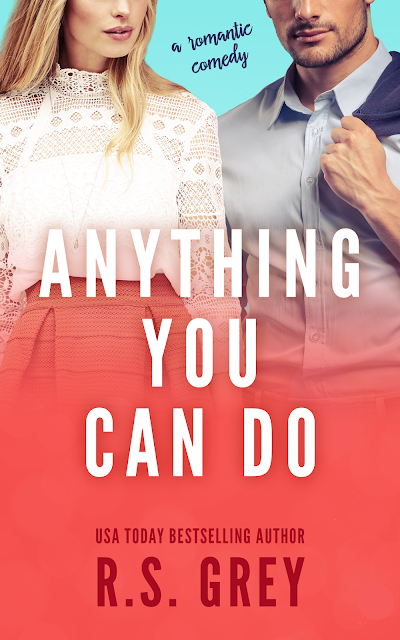 Title: Anything You Can Do
Author: R.S. Grey
Release Date: February 1, 2017
Add it on Goodreads!

The arrogant boy who was my teenage rival is now a chiseled doctor armed with intimidating good looks. He is Lucas Thatcher 2.0, the new and improved version I’ll be competing with in the workplace instead of the schoolyard.

The days he pushes me up against the wall and presses his lips to mine, I can’t help but wonder if he’s filling me with passion or poison. Every fleeting touch is perfect torture. With every stolen kiss, my walls crumble a little more. After all this time, Lucas knows exactly how to strip me of my defenses, but I’m in no hurry to surrender. 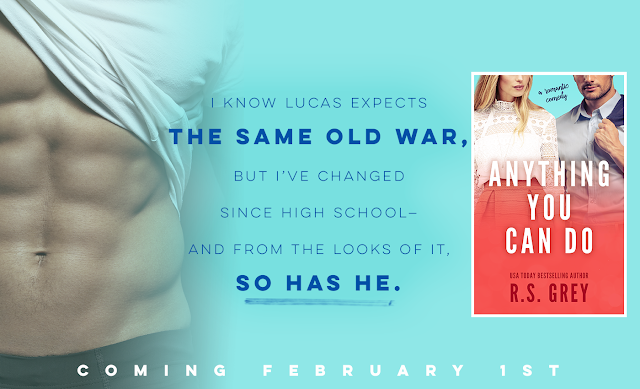 
I am a lover of books, chocolate, reality TV, black labs, and cold weather. Seriously, if I had it my way I would be curled up on the couch with all of those things…everyday.

I live in Texas where I spend my free time writing and reading. My favorite authors are Mindy Kaling & Jonathan Safran Foer. I’m a comedy geek and love all things “funny”. Women like Tina Few, Amy Poehler, and Mindy Kaling are definitely the biggest inspirations for my writing, though I think my work tends to skew smuttier than theirs. Posted by Emilie at 8:00 AM No comments: